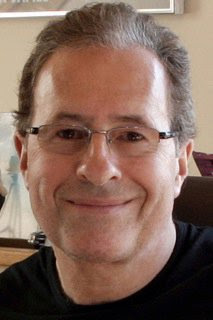 From day one Roy has built a team around him, who’s your favourite character and why?
Roy is my favourite character because there is a lot of me in him and I’ll often use him as a mouthpiece for my views. But I do have a soft spot, as do many of my readers, for Norman Potting.

When Emma-Jane Boutwood nearly died, she was lying in hospital in a ward with old people. You had a lot of criticism about the NHS and how things were done. I also know how the system works in the UK and I find it appalling! What’s your comment about that? Did you get any reaction about that?
My comments are exactly those expressed by Roy, and yes, it got the Chief executive of the hospital contacting me asking me if he could come and see me to show me the improvements they are making.

You describe a lot how things work in the police force, the ranking, who’s what and what they do. In each book you repeat it again. Is it important for you to repeat these things? (I’m glad you do)
I think it is important because for many of my readers it may be the first book they have read of mine. However, I am always mindful not to repeat or patronise my series readers so we have now added a glossary so we can use abbreviations more often.

You have written 12 novels so far about Roy Grace. Where do you find the inspiration to find subjects and will you write a stand-alone again in the near future?
Inspiration comes often from going out with the police or regular talks I do in prisons talking to criminals, or even just from newspapers.  And yes, I have a stand-alone – Absolute Proof - which I have been working on for 23 years being published in the UK this October, and I’m very excited about it.

Supposing Roy Grace will become a TV series. You would have liked Daniel Craig to play the role as him. Unfortunately he’s more famous as the James Bond guy. Who would you prefer now and who would you prefer playing the role for Cleo?
Ideally for both Roy and Cleo I would like unknown actors who are not type-cast in any other role.

I know the Brighton Police are very kind to you, giving information and allowing you to go out on patrol with them; what is the worst experience you had while out on patrol with them?
I have worked very hard over 25 years to build this trust and relationship.  I was on patrol in a rough estate with a young sergeant and a rookie constable, a young Indian woman.  It was 10.30pm and we saw a group of youths swaggering along, defiantly swigging booze – it’s a criminal offence to drink alcohol on the streets of Brighton and Hove.  The officers pulled over and we climbed out the car.  I stood, wearing fluorescent jacket marked “Police Observer”, as they confronted them.

Several of the gang were clearly drunk and they became aggressive and threatened violence, and started hurling racial taunts at the Indian woman officer.  The sergeant radioed for backup, but that can take 20 mins to arrive on a busy night.  As the gang advanced on the two officers, I could see this was going to break into a fight.  I began to wonder whether to get back into the car or run for my life… But I knew that if I was to keep any respect I had to stand my ground and help out the two officers.  I used to box at school when I was small, so can look after myself a bit.  The ringleader came straight towards me, jabbed a finger at me and demanded to know who I was.
Quick as a flash the sergeant replied:  “He’s with the FBI!” This had an instant effect – they all backed off and turned into pussycats – meekly handing over their drinks and their weapons!  I realized what had happened – I had my right hand in my pocket and they must have thought it was a gun in there!

Have you participated in a post mortem and if so tell us your experience?
Yes, many times now. My first mortuary visit was on a horrible wet Monday morning many years ago, and I saw three naked dead bodies laid out and stayed for their post mortems, I had never seen a dead body before. I was deeply disturbed by the sheer banal butchery that went on – the use of a common band saw and kitchen knives – and the smell was utterly horrific.  I did what many police officers do when they attend a postmortem (all of them have to during their training) - they go green and pass out!  I had to go and sit down with a cup of tea for a while before going back in.  Afterwards, when I got home, I looked at my then wife, and I thought to myself, “I know what is inside you!”  I had to get drunk that night to get over my shock of the experience and I had nightmares for days after.  It was several weeks before I was able to touch my wife again, before I could stop thinking of all those intestines and organs and viscera inside her…. But ultimately the experience taught me respect.  A police officer might joke during a post-mortem, but he or she takes a murder very seriously and very personally.

We know you have a love for cars and it struck me while reading your books you’re a car fanatic. You do race yourself, what is it that gives you that extra buzz?
Writing is very sedentary, what I love most about racing is that when I’m at a race circuit I don’t have one moment to think about my book and I come home feeling totally mentally refreshed. 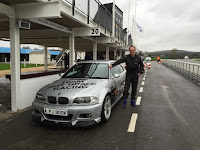 You’re on Facebook, Twitter and you tube. How important is social media to you and do you love the interaction with your fans?
Also Instagram too – where I have my account and also one for our menagerie of animals!  I love social media and its hugely important to me. It can also be very useful in terms of research… For instance, a while ago I tweeted to ask if anyone knew how to pick a lock. Someone got in touch to say they were a career burglar who had now gone straight. He told me how he imagined himself inside the lock when he was picking it and was able to see the tumblers. It was something I hadn’t thought about!  I think it is important to put a lot of time and effort into communicating with my readers, through email and social media and try to genuinely respond to as many as possible. I’ve learned a lot from this type of interaction and feedback over the years.

You interviewed quite a few authors, which one is your favourite interview?
Gosh that is hard to say! I love it when authors make me laugh – such as R L Stine and John Lescroart. I think each author has something valuable to say and I’ve learnt a lot - for instance watching the interviews with Lee Child, Val McDermid, Jeffery Deaver and many others – and there are lots more to come.  What I find most interesting is that we are all in the same profession but no two authors have the exact same way of working, I feel it is a great resource for fans, for up and coming authors, and for established authors too.

You are patron of several trust, services etc. You also support The Reading agency, a charity with a mission to give everyone an equal chance in life by helping people become confident and enthusiastic readers. How important is this all to you?
I hugely support the Reading Agency, which tries to raise the standard of literacy in our nation.  It’s a terribly sad statistic that the average reading age in a UK prison is currently equivalent to that of a nine-year-old child.
I give talks to help people with reading difficulties and I also give talks in prisons every year to try to encourage literacy among prisoners.

What is it you have with the paranormal? And how come you only used it in the first books and not anymore in the following books ?
I’ve always been interested in this subject after living in a very haunted house -which you can see on YouTube…

In creating Roy Grace I wanted to have a detective who is a maverick, a free and original thinker, and who will sail close to the wind but without doing anything that would either get him fired or seem ridiculous to the reader. Over the many years I have been out with the police, I have met a number of homicide detectives who have a belief – and I think quite rightly - that they are under an obligation to explore every possible avenue either in finding a missing person or solving a major crime. If information comes in from a medium, who is seemingly a credible person, and all else has failed, I genuinely think they would be negligent in their duty to not follow this up.  I can site a number of examples, both in the UK and USA, where the police have used psychics to great effect.
I do plan to bring it into future Roy Grace novels and it does feature a little in my stand alone Absolute Proof.

You have won a lot of notable awards. Does this give you the satisfaction to keep on writing? Which one is the most precious?
I’m immensely proud of every single award I’ve been lucky enough to win. Among the ones that mean the most to me are the WH Smith publically voted Greatest Crime Writer Of All Time, The Sussex Police Outstanding Service Award and the CWA Diamond Dagger Award For Sustained Excellence. Absolutely it gives me satisfaction and motivation to keep on writing, to be given awards by your peers and to be publically voted are massive incentives to keep writing! 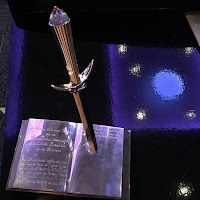 You have so much experience with police work and forensics etc.… If you weren’t a writer would you have loved a job within the police force?
Knowing what I know now about policing, I think that, if I could start again, I would seriously consider becoming a detective, although I don’t think I would be brave enough.  Almost every police officer I’ve ever met at some point in his or her career has had their life on the line.

We know your beloved friend and agent Carole Blake died recently, herewith we want to offer you our deepest condolences
Thank you – the relationship between and author and their agent always is more than just a business arrangement – it becomes personal, and she was one of my very best and closest friends and I miss her a lot, although I sense she is up there keeping a watch.

Thank you very much for this interview, much appreciated!!!
It’s a pleasure.

Here are all Peter's links: 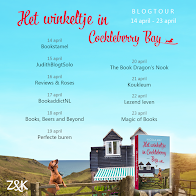 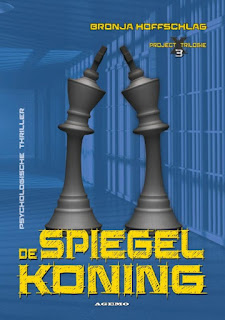 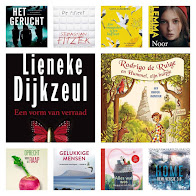 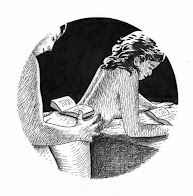